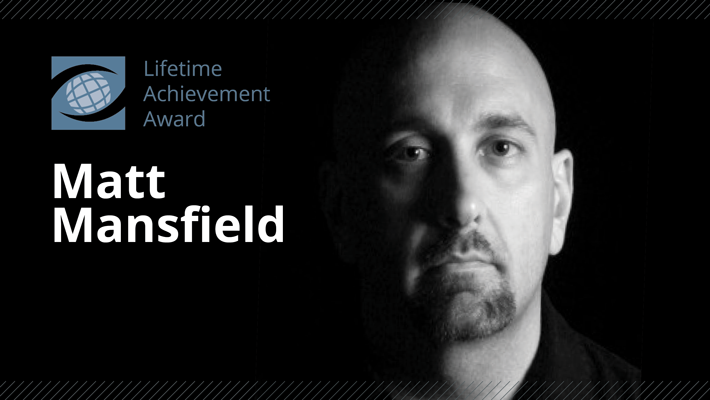 WASHINGTON — Matt Mansfield, an award-winning journalist, designer, educator and volunteer, will be honored with the Society for News Design’s Lifetime Achievement Award at a ceremony on Sunday, April 5, in Washington, D.C.

A champion for nonpartisan reporting, visual storytelling and innovative design in his own career, Mansfield has volunteered for the Society in a variety of roles over the course of three decades.

“Matt has been a great friend and a constant advocate for this Society and for the craft of design. He understands how to navigate change, one of his many admirable skills,” said Bill Gaspard, design director of China Daily, a former SND president and a Lifetime Achievement Award recipient.

Mansfield has served in SND’s leadership and was most recently co-chair of SND’s annual workshop in Chicago in 2019, a role he took on twice before — in 2015 in Washington, D.C. and in 2004 in San Jose, Calif. He was also a judge for this year’s World’s Best-Designed Newspaper™ at SND’s 41st Annual Best of News Design Creative Competition.

Beyond SND, Mansfield has influenced the design of news experiences for many years, both in his own creative work and as a professor, mentor and coach to a generation of practitioners.

A design culture in Silicon Valley

“At the San Jose Mercury News, Matt helped create a culture where design not only elevated ideas but helped drive storytelling. Matt’s design team showed which parts of a narrative were compelling and which were thin,” said David Yarnold, President and CEO of the National Audubon Society.

Yarnold was Executive Editor of the Mercury News when Mansfield was hired in San Jose as Design Director. Together with a team of inspirational visual journalists, they bolstered the role of design in storytelling during the 2000s.

“Design was a clarifying, catalyzing process. That ethos made the newsroom a special place at a special time and created a family tree of design leaders who spread that gospel at newspapers and websites across the country,” Yarnold said.

In San Jose, Mansfield rose through leadership and eventually supervised more than half of the newsroom as a Deputy Managing Editor. He managed several traditional reporting areas — business, international, national and state — in addition to design, graphics, video and photography.

“One of Matt’s mantras at the Merc was ‘Push back.’ It guided our design team to drive everything we touched forward, to do everything we could to make our stories better,” said Jonathon Berlin, a former SND president and the graphics editor at the Chicago Tribune, who worked with Mansfield in both San Jose and Northwest Indiana. “That leadership matched the ambition of the Silicon Valley, of the newsroom, of the team of talented journalists Matt assembled and led.”

“The thing about Matt, which can sometimes drive you crazy, is how much better he sees that everything can be, how he’s always pushing back,” Berlin said. “We have spent many, many days together making visual design more sophisticated and more usable.”

“For nearly 20 years, it’s been an honor to work with Matt. He brings his A-Game every single day” said Goldman, also a former SND president. “He continues to set the bar for innovation in storytelling, and the impact he’s had guiding so many people in our profession is astounding. In terms of SND, Matt has volunteered so much of his time, energy and leadership to our organization — SND, in many ways, would truly not be what it is without Matt.”

Visual storytelling teams that Mansfield has led have won high praise from judges at SND’s annual competitions, including World’s Best-Designed and Best in Show, as well as numerous other awards, including Malofiej medals, Best of the West, Pictures of the Year International, the Best of Photojournalism and the National Magazine Awards.

“Matt Mansfield’s career speaks volumes about how much he cares. He and his company are helping others tell stories in ways that connect important issues with more people, using the power of design to make that connection,” said Nanette Bisher, who is also a recipient of SND’s Lifetime Achievement Award, a former SND president and a pioneering creative leader.

Mansfield resigned the presidency of SND in 2009 over a disagreement about strategic direction. But he returned to the Society and has been a regular volunteer for the last eight years, working closely with SND leadership on programming for students and professionals alike.

“Over the years, Matt taught us about what leadership looks like, even when it meant walking away from SND itself, about pushing the edges of storytelling as our craft evolved, about taking risks without taking yourself too seriously. That is Matt: approachable despite his considerable talent, generous with his legendary skills and always willing to coach the next generation,” Gaspard said.

Besides working as a news leader in California, Illinois, Indiana and Washington D.C., Mansfield also spent many years as a professor at Northwestern University, where he was the co-director of the Medill journalism program in the nation’s capital.

“This is a well-deserved honor. Matt’s contributions to the Medill Washington Program and the school generally were substantial and lasting,” said Ellen Shearer, the William F. Thomas Professor at Northwestern University’s Medill School of Journalism, Washington bureau chief, and co-director of the Medill National Security Journalism initiative.

“Matt is a natural teacher, a great motivator and leader. Scores of students learned how to dive deep into topics and present their stories in innovative formats because of him. He made a lasting mark on the Washington Program – creating a culture of always looking for new ways to engage audiences,” Shearer said.

In 2018, Mansfield and Shearer reunited to co-edit the book “Truth Counts: A Practical Guide for News Consumers,” which was published by CQ Roll Call, then owned by The Economist Group, while he served as the company’s Chief Innovation Officer. The book explored, through the eyes of notable authors, the tools people need to filter out misinformation amid a seemingly endless cycle of things that obscure fact-based news.

“’Truth Counts’ gives citizens usable frameworks to ferret out truth in today’s maze of misinformation while also grounding them in the history, currency, psychology and algorithms of truth. An informative read,” said Jan Schaffer, the ombudsman for the Corporation for Public Broadcasting, when the book was released.

Mansfield has also been a longtime volunteer for the Online News Association, co-producing monthly meetups in Washington for seven years and serving as program co-chair for ONA’s 2014 annual conference, which was held in Chicago.

The Lifetime Achievement Award, the Society’s highest individual honor, is presented for a significant body of work that has had a lasting influence on the field of journalism; extraordinary service to SND and its members; or a combination of both.

Mansfield will be honored during the Society’s Annual Workshop, SNDDC 2020, which runs April 5-6 in Washington. (Tickets are available here.) The ceremony will be held during an awards gala that begins at 7 p.m. on Sunday, April 5.

“Matt Mansfield is the reason so many of us are involved with the Society. He has set an example we all learned how to follow,” said Paige Connor, SND’s immediate past president, the chair of this year’s annual SND workshop, and a freelance design consultant. “The Society’s leadership is thrilled to recognize Matt with this honor. The current officers and board are indebted to Matt for his many years working on behalf of SND.”

The SND Lifetime Achievement Award was first bestowed upon visual journalism pioneer Mario Garcia in 1993. All previous honorees and their citations can be found here.

For more information about this award or the annual Society for News Design workshop, please contact Tiffany Shackelford at [email protected] or phone at (703) 470-2996.

View all posts by SND Headquarters →