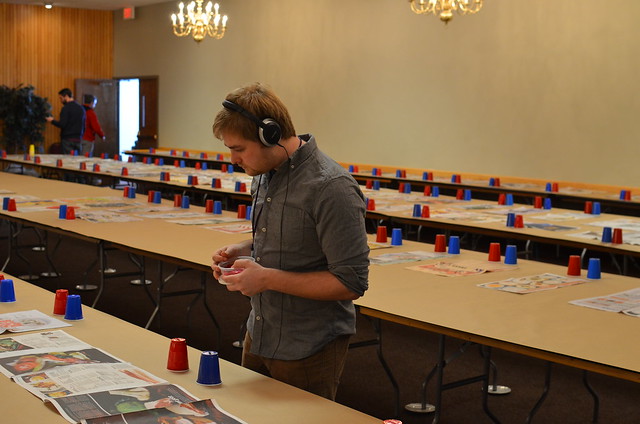 Larry Buchanan is a freelance illustrator, designer and journalist. His work has appeared in publications such as The Onion and McSweeney’s. He has also done work for ESPN, Facebook and the federal government. Larry was named SND’s student designer of the year in 2010 and is a judge on the features team.

What has surprised you about being a judge?

“Initially I thought it was going to be tough to determine the levels. What’s an Award of Excellence? Silver? Gold? But once you go through the room things just start to pop out at you.”

What has surprised you about the work you’ve seen so far?

“In years past there are trends you can identify but this year’s work seems not to have a cohesive feel just yet.”

What’s one surprising thing about you?

To see the 3-question responses of all the SND34 judges, click here

is a designer/editor at the Chicago Tribune. View all posts by Kenney Marlatt →