We randomly pulled two awards from Category 12D, which is awarded for inside page design of Magazines.

The next award went to the Boston Globe in Boston, Massachusetts for a story headlined “The man who invented Mars” 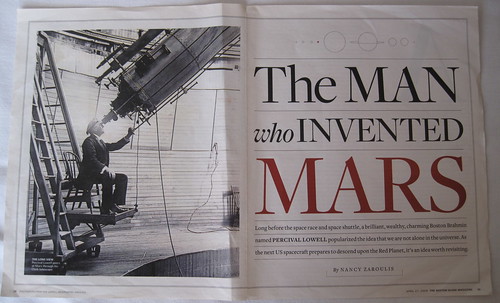 is a designer/editor at the Chicago Tribune. View all posts by Kenney Marlatt →